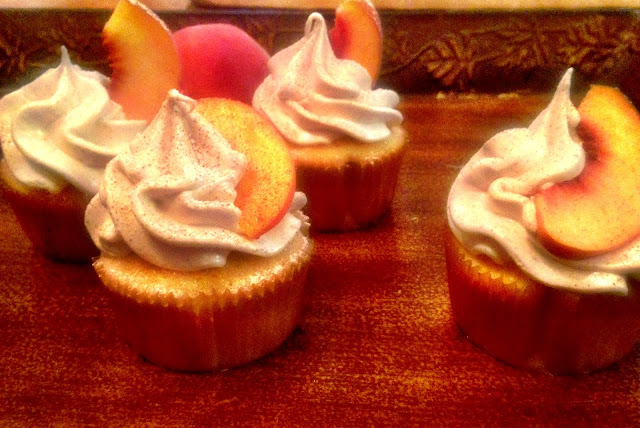 I've been thinking about these cupcakes for a week, finally I figured everything up and made them on Saturday for a 4-H fundraiser. They were a hit, and only lasted on the table for 30 minutes. Luckily I left 3 at home for me and Anthony. Deffinatley will be dessert tonight. They are an awesome combination of moist cupcakes, and peachy cobbler, with a hint of cinnamon. I love to use cinnamon in anything, it just reminds me of cool fall evenings. Ok maybe just in my dreams anyways because south Florida doesent get many of those! These cupcakes are a bit of a process and may seem scary, but once you jump in they are pretty simple and I'm confident any of you can give them a shot. Enjoy!
Ingredients
1 1/2 cups all purpose flour
1 1/2 cups cake flour
1/2 tsp salt
1 tbs baking soda
1 1/2 tsp ground cinnamon
1 cup room temp salted butter
1 3/4 cup granulated sugar
4 eggs
1 tsp vanilla
1/2 cup smashed peaches with syrup
1 cup milk
Preheat oven to 350. Sift the dry ingredients. Cream butter and sugar in electric mixer until fluffy, add eggs one at a time and beat after each addition. Add the vanilla. Add 1/2 the flour mixture, beat on low until combined. Add the milk, mix until combined. Add the rest of flour scraping down sides of bowl, so everything is mixed together evenly. Add the peaches and stir by hand ( you don't want to over mix the batter. Bake in cupcake liners for 12 to 14 minutes until a toothpick comes out clean.
Peach Filling
6 fresh peaches
1 tbs ground cinnamon
3 tbs brown sugar
Pit the peaches and boil until soft and cooked through, the skin will start to wrinkle and come off, that's when the peaches are done. Let cool, and peel the skin off the peaches. Purée the peaches, cinnamon and brown sugar until combined, but still slightly chunky.
Brown Sugar Cinnamon Frosting
1 cup packed brown sugar
1/4 cup water
1/2 cup corn syrup
1 1/2 tsp ground cinnamon
5 egg whites
1 tsp vanilla
1/2 tsp meringue powder
Whip the egg whites and meringue powder on high until stiff peaks form 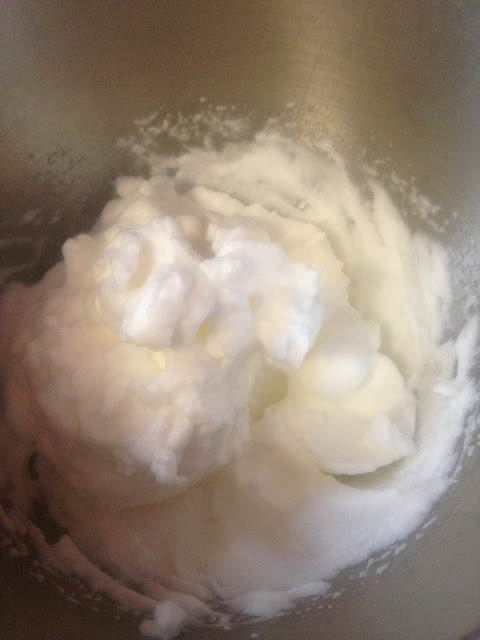 On med high heat, melt the brown sugar, water, corn syrup and cinnamon until bubbly. Reduce to med heat, simmer and whisk for about 6 minutes. 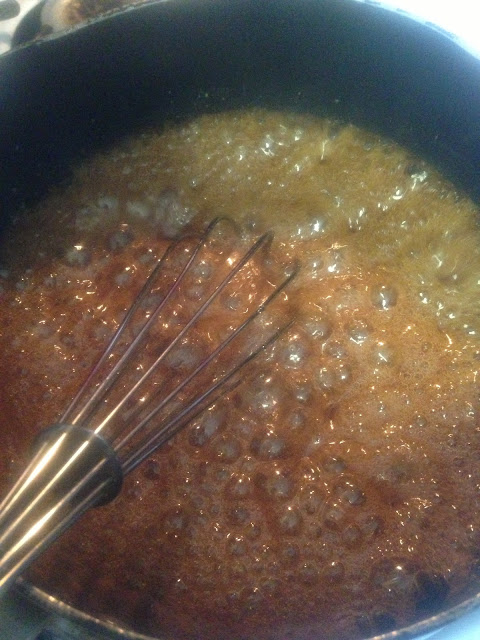 Remove from heat and while mixer is on high, drizzle the sugar into the egg whites. Nice and slow, please use your patience here!
Your finished product will look like this, and taste absolutely heavenly! 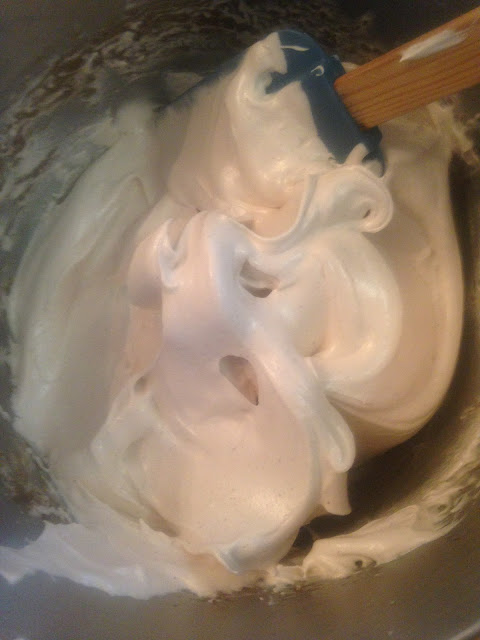 Smooth and glossy, and so yummy.
Assembly Line
When the cupcakes are cool, they are ready to fill. Use a filler tip and fill a piping bag with the peach filling, stick it right in the middle of the cupcake and squeeze gently until the middle is full. Continue with all the cupcakes, my batch made 26. Also but the frosting in a piping bag, with tip of your choice and pipe some of the delicious frosting right on top! Yum! 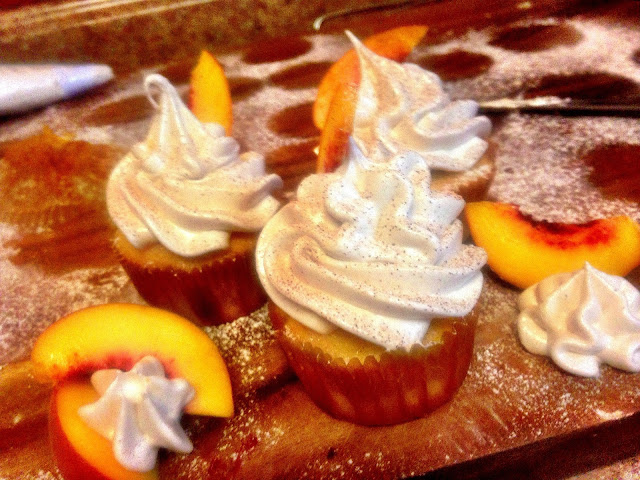